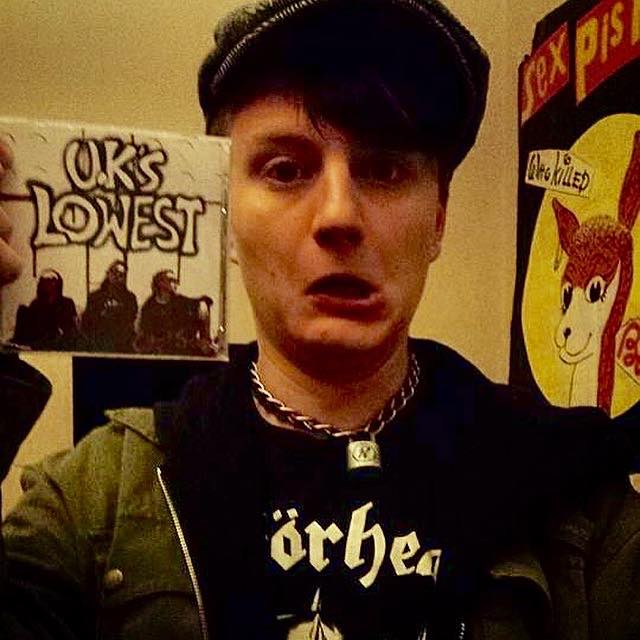 Criminal Mind are good friends of ours, this is their second record and even better than their first. Like our records, it was home recorded which I find always gives a record more of an edge because you can just hear the DIY in it. 9 times out of 10 this is the soundtrack to our car journeys around the UK when we are on our way to gigs because it’s really cool and upbeat driving music. “Who’s got your back?” is one of my favourite tracks off of this record. We were all there when they shot the video for this track in the Rock Shop in Bristol. Every time I hear this track it reminds me of when they had to stop the gig early because of the noise complaints! I’d recommend “Life to Defend” to anyone who likes punk rock because there is a bit of everything which is a good touch for a hardcore street punk band, I find.

9. Pink Cigar – We’re Gonna Get You out Of Here

I first met these guys in my home town, Exeter. Me and Callum were walking down by the river when lead singer Sam shouted to us, “hey kids wanna come to a rock show!” I’d already listened to Pink Cigar before this and I was also already planning on going to this gig, so we hung out there for a while before the gig. A few months later, “We’re Gonna Get You out Of Here” was released and it just happened to be the day before my birthday. My dad bought it for me and I can remember listening to it non-stop for weeks after. The energy in this record is just unreal. It’s rock ‘n’ roll without all the crap and anyone can enjoy it. I’m still waiting to hear some new stuff from them.

8. Joe Strummer and the Mescaleros – Streetcore

I like this band because they’re really unique and something different that I listen to on my playlist. I’m pretty sure this was Strummer’s last ever record before he died actually. “Streetcore” is my favourite Mescaleros record because lots of the tracks on there are really mellow and interesting to listen to. “Get down Moses” is a pretty cool track. It’s mostly reggae with occasional hints of rock and techno, not really sure what it’s about though.

I first heard about the damned when I was 5 years old. They were playing at Exeter University but I was too young to go so my dad took me to the sound-check instead, where I met them for the first time. A few years later I started properly listening to The Damned. Machine Gun Etiquette was always my favourite Damned album. “I Just Can’t Be Happy Today” I swear would be my theme tune pretty much every day!

I got into Rancid soon after I started playing gigs and people kept telling me to listen to them. The first track off this record that I listened to was “Radio” which I immediately loved because it was so raw and catchy! That’s why I like this record really, everything is kept raw and simple, which is something I think is quite hard to do without ripping off someone else’s riff or melody.

To be fair, I’ve only recently started listening to NOFX in this past year but this record has to be up there in my top ten of all time. The best part of this record for me has to be Smelly’s drums, they’re both fast and complex but he still manages to make them sound so tight. I think my favourite track on this record is “Clams Have Feelings Too”, it’s just really serious..

The Clash are my all-time favourite band without a doubt. They’re one of our biggest inspirations with our song writing, shows and even our style. I could write all day about them but instead I’ll just sum it up with most impacting band of the 1970’s punk rock era. I wasn’t there, but the evidence still stands! This record has everything in it. Title track, “London Calling” for your classic punk rock, “Rudie Can’t Fail” with hints of ska, and “Guns of Brixton”, which is strongly reggae influenced. I personally like this record because it’s a good point of the clash’s time, when the clash were still a punk band but just first starting to branch out by introducing different genres into their music.

The Ramones were the first punk band I’d ever listened to. I got my first Ramones shirt when I was 4 years old, given to me by my dad who is the one responsible for my love of The Ramones. We used to listen to this record together in the car on the way to and from school. “Beat on the Brat” was without doubt my favourite track off this record and probably still is now. If it wasn’t for this record I would have probably never got into punk rock.

2. Anti-Flag – For Blood and Empire

I’ve been listening to Anti-Flag for a long time. I first heard them when a mate showed me Die for Your Government and since then, they have been one of my favourite bands. My band had the once in a life time chance to support them in Bristol a couple months back, which was probably the most memorable gig for me that I’ve ever played. For Blood and Empire, I believe, is the best record of theirs. The bass lines that Chris #2 carries out in this record are insane, especially in “The Press Corpse”. I also think this record has some of the best political lyrics ever written, which I love because it shows that Anti-Flag go beyond great music and show that they actually want to have an impact on the way their fans view things.

Dookie has to be my number one record because I’ve grown up listening to Green Day and this was the first record I’d ever bought. It has always been my “go to” album whenever I’m in need of some music inspiration because there is so much behind the powerful but simplistic tracks on it. Tre Cool’s drumming in this record is just phenomenal and I aspire to be half the drummer he is! Just listen to the drum solos in “Burnout”! In fact, “Burnout” is one of my favourite tracks in general because I find you can just chill out and listen to it as it carries you with the relatable lyrics and punchy tone. Likewise, the rest of the record is something that I can just chuck on and relax to and no matter how much you listen to it, it never seems to get old – and I really have listened to it a LOT. 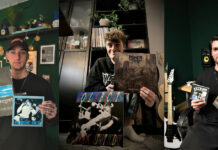 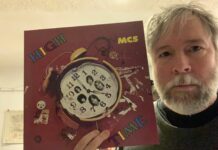 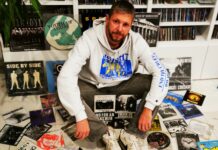 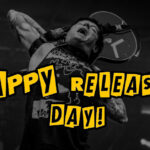