AFL: Hey Erlend, how is the situation in southern Norway these days?

Hjelvik: Hey Max! I live on the country-side of the west coast of Norway, it’s pretty nice and quiet here and I don’t really notice much when it comes to covid besides not being able to tour. I really look forward to being able to play shows again, as of now it’s been 2.5 years since my last show so I’m really starting to feel the live-withdrawals!

AFL: Two years ago you left Kvelertak. What has happened between you and the guys?

Hjelvik: I decided to part ways with the band as we weren’t on the same page anymore, there isn’t much more to it than that. I had a good time in Kvelertak when I did and when I really didn’t, I didn’t, so it was high time to go. Now, it works for the best, they exist as they like and I can do as I wish in HJELVIK and make metal my way.

AFL: With the Kvelertak debut you released the (probably) most important metal record of this century. The band left a big footmark in the landscape of music. Did you ever have the fear not to fill the footmarks with your solostuff?

Hjelvik: No, I’m not in the business of competing with myself or my former accomplishments/band. Sure there may be some similarities but that’s only natural since I gave birth to Kvelertak together with Bjarte and I was the voice and owl-face of the band. That being said HJELVIK is a new band and a different beast from Kvelertak.

AFL: When did you start working on „Welcome To Hell“? Who are the musicians?

Hjelvik: I started writing it “Welcome to Hel” in January 2019 and spent around 6 months writing the music and lyrics. The musicians on the record are Rob Steinway (Skelator) who played both lead and rhythm guitar, Alexis Lieu (ex-Benighted) on bass, Kevin Foley (ex-Abbath, ex-Benighted) on drums. They all did a tremendous job on the recording.

AFL: Most of the HJELVIK songs are in English. Only two of them are in Norwegian language now. How it comes that you changed this? It always was a part of the style that you are known for.

Hjelvik: Yes, like I said earlier HJELVIK is a new band so it was time for a change. It was nice for me to do something new after singing exclusively in Norwegian for the last 12 years. It’s also great that listeners can finally understand the lyrics instead of reading poorly google translated versions which doesn’t make much sense.

AFL: How big is the influence of Iron Maiden to your new album?

Hjelvik: To be honest Necromance is the only song where I felt like I was overtly stealing from Iron Maiden, but people tell me they hear a lot of Iron Maiden influences throughout the record. I don’t mind of course as I think Iron Maiden is a fine band, but I wouldn’t call them a huge influence by any means. I would say my biggest inspirations musically are bands like Bathory, Metallica, Slayer, Mercyful Fate, Black Sabbath, Venom, Danzig and early Norwegian and Swedish black metal.

AFL: A few years ago you left Stavanger with Kvelertak. Are you still in Oslo now?

Hjelvik: No, I only lived in Oslo for about a year almost ten years ago, I didn’t like living there. Too much commotion, I prefer to be surrounded by nature and have some peace and quiet.

AFL: Stavanger has an amazing music scene. Plenty of good bands, like Upskirts or Purified In Blood, are from there. Is there a newcomer you want to tell us about?

Hjelvik: Sure, I haven’t lived in Stavanger for a couple of years so I don’t really know what’s going on in the music scene there at the moment. As for Norwegian “newcomers” that I like I can mention Inculter and Black Viper. The guitarist and singer of Inculter has joined HJELVIK as a rhythm guitarist by the way so he will be part of the band going forward.

AFL: In the 90s the Norwegian music scene was most known for it’s dark black metal scene. Do you think that Black Metal would have earned that much attention of they would not have burned down churches, killed homosexuals and in the end even each other?

Hjelvik: No, I think all those actions and crazy events that took place showed that these bands were the real deal and that they could walk the talk so to speak instead of just pretending to be evil. All of this of course added to make them larger than life legends which is why we are still talking about it today. I also think the church burnings along with the music struck a chord with everyone who was feeling the suffocating effect that organized religion can have. 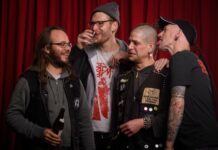 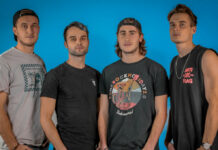 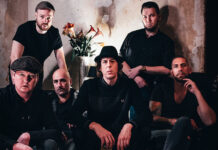 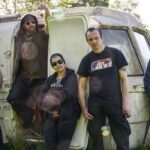 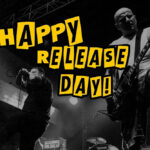