5 Hardcore-Bands to check out from Netherland!

Sup, my name is Bart Ooms. I play bass in Hawser since 2018. I grew up in a small town near Gouda, where I live now. This area has some awesome underground stuff going on, I’ve been trying to contribute to that by booking hardcore shows in Gouda since 2017. When I was around 17 years old I went to my first hardcore show in this area, it was in a very tiny rehearsal room with some sick bands. I kinda kept on going to hardcore shows after that and here I am now.

The music speaks for itself, it’s fucking dope. I mean if you like riffs you gotta love Deathtrap. The shows are always wild as well. I saw Tom throwing with all kinds of stuff during shows including ladders and micstands. Besides the band being super tight, all the members are good people who all are very talented in what they do. The bass player also runs his own label called Blindsided records.

Speaking about iconic dutch bands, Cornered is surely one of them. They already did more stuff many bands can only dream of like touring the US. The music is everything you want in a hardcore band. Straight forward, heavy and very moshable. I love their singer Niels. Definitely one of the funniest human beings I have ever met.

In my opinion the hardest band from the Netherlands. The OG guitar player from Deathtrap formed the band with some friends a few years ago. They dropped two records on a local label, Blindsided Records. It’s best compared to bands such as Gatecreeper and Nails. But still with a unique touch to it. The vocals are sounding like Lennart is burning alive or something it’s insane really. They just did a split EP with Deconvolution from Switzerland as well, check it out on www.blindsidedrecords.com

Hometown Crew are a youthcrew band from the southern part of the Netherlands. They dropped a debut full length back in April called Nothing Lasts Forever. Not much of a youthcrew guy myself but they really did great with the record. I 100% enjoyed it front to back. For sure one of the most underrated bands here.

5To Live Amongst Wolves

Also a band more people should check out. They have been going at it for quiet some time but really improved their sound with their latest release (dis)honored. Besides that the members are all good people, who are also very supportive to the local scene and do their part. 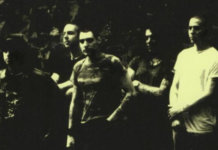 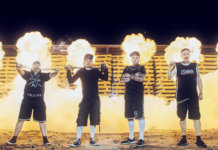 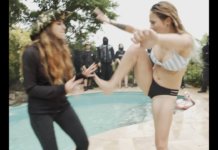 Agnostic Front Anti Flag H2O Madball NOFX Risk It! Sick Of It All Terror The Baboon Show Wisdom In Chains 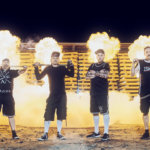