You may or may not have heard of the accusations that are spreading around the internet about a member of our band. As it is a topic, that is very sensitive and important to us, we don’t want to leave it without our comment. We want to express a trigger warning, as this post mentions sexual abuse and rape. Therefore, we are going to separate this introduction from the message itself now by putting some space in between.

Last night, two womyn, who had been in different kinds of relationships with our guitarist Tobi, went public with accusations against him for sexual abuse and rape. We are writing this post in the knowledge, that the affected persons demand accounting from our side. Tobi had told us earlier and given his way of dealing with the accusations, we chose to let him speak:

„I met the person that holds the accusations against me, last year in February. During that time, I have to admit, that my sexual self-reflection concerning the right approach to consensual sex had not yet been brought to the same level as my otherwise radical-leftwing convictions. I feel ashamed for that. Before having sex for the first time, we hadn’t talked about our own negative experiences concerning sex, we hadn’t talked about our wishes and, most importantly, about our personal no-go’s. I acted nonreflective and without consideration of the consequences; it never came to my mind that it was wrong to think „if something doesn’t please my partner, she will let me know“, that the guideline shouldn’t be „no means no“, but „yes means yes“ and anything less is in fact a „no“. And I was as stubborn as to not simply accept her not feeling well about things, but keeping on discussing with her about it. So basically, during that time I did things to her for which I didn’t ask for her consent, during otherwise nonverbally consensual sex. I am not going into detail out of respect for her own privacy. However, I never noticed that she was feeling bad and I feel incredibly shortsighted not having noticed. Some time later, she told me, that she had been a victim of sexual abuse and rape in childhood and encountered rape by another man before, while she was passed out drunk. She was the first person in my life, who told me about such things from a first hand perspective, so obviously (but yet so unknowingly hypocritical) I was shocked and didn’t really know how to deal with that information. With great shame, I also have to admit that I didn’t realize what my own behavior had meant to her until a few weeks ago. Given the fact, that we had been a couple for months after that, until this years April, having sex, discussing politics, feminist issues and even my behavior, going on holiday together and such, has nothing to do with a slow process of her realizing, what I had done to her. I learnt, that the persons realization of what abusive behavior had meant to her, can take a long time, even years.

As a consequence of that, I have to admit to have taken her accusations way too lightly. I had apologized to her and told her, I wouldn’t make those same mistakes again. She even mentioned, she could „forgive, but not forget“. Hence she broke up with me and as it was a slow process for her, too, she confronted me about it only by April – after months of having referred to what I had done as a „trigger“, she now called it a type of rape. Being confronted with the term first, I was shocked and my reaction was defensive. By now, I changed my mind about it. Two weeks ago, we had a fight in which I used inconsiderate explanations, that sounded like a justification of my actions, but were not meant as such, so things started escalating.

These incidents were not the only incidents in my past relationships that I have to account for, there has been accusations about mentally abusive behavior from my side with other women, too. As woman #2 mentioned in the outing-post, I have to account for a very common problem in heterosexual sexual relationships, which is being a part of fucked up asymetrical power relations and expectations between man and woman. It feels surreal, that I’ve been calling myself a feminist for years, but played a part in fucked up patriarchal mechanisms and rape culture. A culture that teaches men to take „what is theirs“ without asking and that blames women for the consequences. A culture that pressures men to take the active role and forces women to take the passive one. I deeply apologize for that.

I wouldn’t ever want to justify anything I did, I would never want to be one of the assholes that deny or trivialise their actions. I take all the blame for my actions and I’m the only one, who is to blame.

It is incredibly painful to realize, that I have hurt womyn in such a bad way. I do realize however, that the pain I feel is ridiculously petty to the pain I inflicted. I feel deeply sorry in the name of all womyn who have ever been subjected to male violence. And I do think that the private realm is political, most of all being part of a band with political aspirations. I could never deny what I did, most of all because my moral and political principles stay the same, I still stand against patriarchy and I still support the feminist struggle, even if I had to realize that I have been everything I despised for so long, that I played my own part in a system that degrades women and is responsible for their death.

What I’m doing now is consulting a psychotherapist and reflecting on my own abusive behavior, educating myself about the topic, trying and learning about the correct way of having sexual intercourse in a consensual way. I will face the consequences of my behavior, I have to make sure that I will never again hurt another person in a similar way. The women I have been with recently can prove my honest and genuine intentions of accounting for my actions and can also prove that I am changing for the better. But it’s still a long way to go.
If this sparks some discussion within the hardcore scene, it’s long overdue. Sexual assaults at hardcore and punk shows are happening and have to be talked about. Verbally articulated consent is an important thing. Creating an atmosphere, that makes it easy to speak out doubts or rejections. An atmosphere where both parties know, that they’re respected and that only „yes means yes“. Everything I failed to create.

As a consequence of that, I will be withdrawing from my position as a guitarist for Wolf Down. Please take into consideration that this issue is a very sensitive matter to the women affected, so be respectful and think twice before posting.“

Even though Tobi informed us recently we as a band did not act public in respect to the victims. We wanted to leave the decision to them, since their voices are the ones that matter the most. We distance ourselves from his behaviour and stand with the victims. The consequences we are taking are not a reaction to the outing but a result of reflecting on the situation.

Now being additionally faced with the accusations against Sven we (Dave & Pascal) came to the conclusion that Wolf Down can no longer be a band. 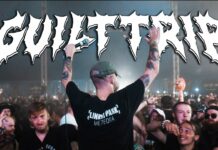 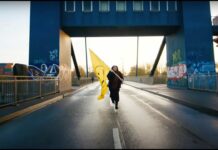 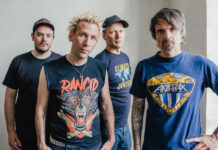 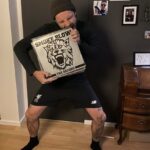 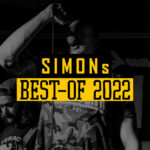