I was getting tattooed by my friend Flip. He had this album playing, and I was struck by the punk edge and killer melodies. I asked him who it was, and I immediately went out and bought this album, along with “Fight Songs.” Later, I collected everything else by the band, and Rhett Miller soon became my favorite songwriter.

I have been fortunate enough to see them play a couple of times, and, this past year, I paid for a masterclass on Zoom with Rhett where he went through his writing process and best practices. It was awesome!

Bought this compilation purely based on the fact that it was released by MRR. I hadn’t heard of any of the bands on it, except for maybe the Crucifucks.

It was my first real introduction to international punk and hardcore. I was particularly blown away by Italy’s Raw Power, Brazil’s Olho Seco, and Finland’s Terveet Kadet.
So many great songs on this one. I still listen to it today.

3Adolescents – Blue Album, self-titled, whatever you want to call it

From the very first bar of “I Hate Children,” this album is a timeless snapshot of everything that served to define the Orange County sound. It had the angst, the sarcasm, and the inherent sense of melody, which would be copied hundreds of times, by bands from all over the world (including mine).

I don’t know for sure, because I wasn’t there, but I imagine the textural complexities and structural maturity of the bulk of these songs were constructed by bassist Steve Soto and guitar savant Rikk Agnew, with Tony Brandenburg (Reflex) left to spit out the urgent lyrics dealing with suburban blight, female rejection, and scene politics, all while drummer Casey Royer frantically hammered his ride-heavy surf beats.
I wore this record out after I got it, and have loved the band ever since. I later became friends with Steve Soto, and was even fortunate enough to play some solo shows with him.
Rikk Agnew is the reason I ever picked up a guitar, and my band, along with countless others, have copied his signature octave chords countless times.
“Kids Of The Black Hole” remains, to me, one of the greatest songwriting achievements of the entire punk era, and “Amoeba” has been covered by hundreds of bands.

4Judge – Bringin’ It Down

As a young, obnoxious, straight edge kid, I loved the anger of their 7”, and was as disappointed as everyone else when I heard “Chung King Can Suck It.”
When they went back and re-recorded their debut full length, I couldn’t wait to hear it. From the very first song, this album is just one heavy, powerful, punch to the mouth after another. Guitar heavy, and with plenty of room on the drums, the sound was massive for the time. An aural assault which deftly blended punk attitude and the metal influence which would go on to define the New York hardcore sound for decades.
I found solace in the lyrics, and felt like Mike had been where I was, and could empathize with my struggles. I related so much to the anger of being sober in a scene riddled with drugs and alcohol, and also with the songs about relationships, both romantic, and with friends, as the trials of adulthood begin to fracture bonds we thought would last forever.

I will always credit this album, and the song “No Thanks” in particular, for pushing me into sobriety. In the early days without alcohol or drugs, I listened to this record constantly, taking strength and inspiration from its musical urgency and uplifting lyrical thread.
Pat Dubar had a ton of melody in his screaming delivery, and the lyrics were so powerful for me as a young, newly sober, person, trying to figure life out.
All the usual straight edge lyrical themes are explored here, from rejecting drugs and booze, to backstabbing friends, to the scourge of tough guy-ism in the scene, and so on.
This is definitely one of those ‘desert island’ albums for me, and it still stands up today.

Every song on here is a punk classic, full of catchy, melodic, vocals, and guitarist Mike Palm’s killer surf-inspired style and solos. I have the most vivid memories of skateboarding with friends, listening to this album on repeat on the boom box.
I first heard “Bloodstains” on the local college station, which had a punk show late at night on weekends.
“Bloodstains, speed kills, fast cars, cheap thrills, rich girls, fine wine, I lost my sense, I lost control, I lost my mind.” Lyrical catnip for a young punk rocker.

Not a punk album, but strewn with punk topics and attitude. This album came along at a time in the early 90s when I was becoming radicalized by more political music and relationships. The days of being a blissfully irresponsible, cis, white, male, were ending. I was becoming fully aware of my own ignorance and unconscious participation in an oppressive, patriarchal, system.

Consolidated attacked all of this flawed messaging head on, and with no equivocation. Songs like “Typical Male” hit home, and forced an internal reckoning with my own broken mindset. I had to change, I had to do better.
There were songs about animal rights, and their connection to feminism, which I had never considered before, as well as material dealing with America’s flawed, middle eastern, wars, and its greater, greed-driven, thirst for empire.

This album made me think critically on a level I never had before. Many of the ideals I know hold were birthed from this record and its impact on me. It arrived at the perfect time when I was open and ready to hear the messages it contained.

I had already bought, and liked, the “Back To The Known” EP, and the “How Could Hell Be Any Worse” LP, and was a fan of the frantic, fast, punk songs, with the gruff, melodic, vocals.
When I saw “Suffer” at the record store, I was stoked to check it out.
After I finished playing it all the way through, I needed a few minutes to process what I had just heard. It was truly a life-changing album for me.

The band had honed its songwriting to an unbelievable degree, Every song was the perfect length, no fucking around, with great hooks and a dense wall of guitars.
The vocals were even cleaner than before, but still delivered with a punk energy and urgency. The lyrics were insane. I had to bust out my dictionary to look up half of them. It was truly new ground, as far as the words to punk songs went. I now understood the gravity and potential of song lyrics, and of the punk milieu, as a system to deliver revolutionary ideas, rather than just entertainment, which was the role music had always traditionally played in western culture.

It was this album that first germinated the idea of seriously singing for a band for me. I wanted to write lyrics like this. I wanted to push the envelope of what was possible in a form which had, for decades, settled for some clumsy variation on “fuck the cops.”

What can I say? Richard Butler is my favorite singer of all time. Hard to narrow it down to just one favorite Furs album, but this one was a banger. „The Ghost In You,” “Heaven,” and „Highwire Days” were all massive, timeless, hits for the band, while songs like “Here Come Cowboys,” “Heartbeat,” and „Alice’s House” remain fan favorites to this day. The Furs managed to blend the polished pop sensibilities of the mid 80s with some haunting goth elements, without ever straying too far from their punk roots.
Beautiful chaos.

This was the first Dead Kennedys album I bought, and I was mesmerized from the first song. So many things about this band made them instantly recognizable, from Jello’s abrasive, wavering, delivery, to East Bay Ray’s eery, stringy, reverb laden guitar playing.
The lyrics were poignant, angry, immediate. As a young person, fairly ignorant to a lot of the greater geopolitical topics covered on this record, it was crash course in the darker, more shameful, underbelly of U.S. politics over the previous half century.
It put an indelible stamp on me. Music ought to be about something. These words needed to be heard, absorbed, and acted on.
When I finally met Jello decades later, i was star struck, and I told him how much the Dead Kennedys meant to me. He smiled and said, in that unmistakable voice, “Aaaah yes. The Dead Kennedys. The gateway drug.” He wasn’t kidding. After this album, I remained drawn to the more political side of punk and hardcore music, as I still do to this day. 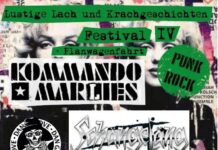 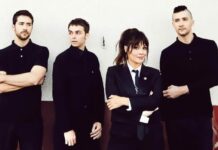 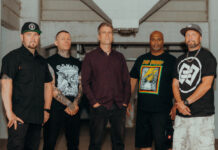