Doug Carrion: My first official punk show was 21th April 1981 Circle Jerks, TSOL at the Starwood in West Hollywood, CA. The Starwood was torn down 13th June 1981 This was an insane SoCal punk rock show, this is when the Huntington Beach punks really liked to start fights and destroy clubs.

I really liked seeing shows at the Barn in Alpine Village, Torrance, CA. Lots of great shows, usually on Thursday’s which kinda worked out for me since it was about 5 miles from Hermosa Beach, CA where I grew up. My second favorite place was the Whiskey in West Hollywood but that was 22 miles away and more a weekend adventure.

These are some of my first records:

11th July 1982 Dancing Waters, San Pedro CA, getting to see Minor Threat. There I am up front fist in the air! Also noted in the photo is a scruffy Henry Rollins with a Misfits shirt on. This was an EPIC life changing punk show!

I was in the Descendents and got to play (that’s amazing) but to see Kevin Seconds rock a room was nothing shy of amazing!!! That entire place was singing and people were flying in every different direction. YES a wonderful site to see!

This show turned into a riot and I got stuck outside dodging the riot police with Fletcher from Pennywise. We got separated and Fletcher ended up sneaking in through the roof of the building, I hid in the van (our ride home) with El Duce from the Mentors who was also trying to avoid getting beat up by the cops. Ugg!

Do I get to be in a time machine? I’m pretty lucky, I got to see a lot of bands in their prime but if I could jump in a time machine, I’d see Minor Threat, Dead Kennedy’s, Misfits, Dez era Black Flag.

Ian McKaye has always been a big influence musically and later on while I was in Dag Nasty ethically. Just a straight up honest guy trying to do the right thing even if it wasn’t the most popular idea in the room. Also Bill Stevenson, while I was in the Descendents I learned a ton about the DIY world and how to grind it out and stay on your hustle. Bill has an intense work ethic that has always been inspirational and a big influence.

That’s a hard question to answer since there are a bunch of internal and external factors that gauge if a band is popular. Sometimes it’s just timing and the world isn’t ready for a band like the Ramones who should have been much bigger when they were active or like Minutemen who were too angular and strange for a mass audience.

I think CIV might be a good example, that first record was really well written, sounded great all that, but they should have been bigger when they were active. Maybe the most underrated band is still in the garage and I’m not aware of them. 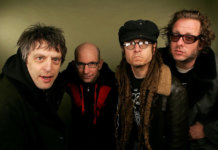 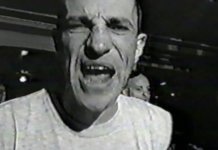 THE BUSINESS veröffentlichen verschollenes Video „Spirit Of The Street“ 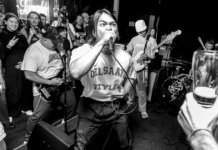 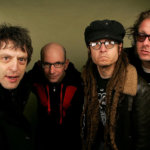 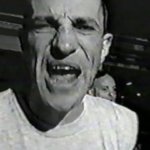 THE BUSINESS veröffentlichen verschollenes Video „Spirit Of The Street“

News Simon Hereth - 6. Juli 2020
"Oi you punk what's wrong with you, Hardcore kids are coming through. Oi you skin how about you, you must unite or we'll be through..."
Mehr laden
- Werbung -

AWAY FROM LIFE präsentiert