Hey what’s up? My name is Jack Rogers and I sing in the punk rock band Out Of Love.
Thanks for having me on! I could talk about music for an eternity especially hardcore and punk so finding my 10 favourite records has been incredibly difficult haha. I would also usually be with my record collection however thanks to covid (woooo) I am currently away from them! But everything I mention below I have in some sort of physical format (Tape, Vinyl, CD etc)!

So my 10 records to die for in no particular order are..

American Nightmare / Give Up The Ghost or whatever you wanna call them haha are one of my favourite punk / hardcore bands. I think I probably listen to them at least once a day. Everything about their type of hardcore is what I want to hear, it’s fast, it’s clever and lyrically it’s beautiful. Their vocalist Wesley Eisold is an incredible artist, if you’re not aware of his poetry or other musical outlets please go check them out!

I unfortunately got into this band pretty late well after they broke up I guess being a little younger than that wave of American Hardcore most the bands of that era had pretty much all broke up by the time I was discovering them. I did have tickets to see them at one of their second wave of UK shows but unfortunately it got cancelled. I am sure I will see them one day!

Green day were the first band I ever got into as a kid, the were that gateway band into a world of punk rock for me and exposed me to an entire universe of other incredible bands, especially some of the more ‘underground’ east bay stuff happening in the 90’s (Operation Ivy, The Lookouts, Jawbreaker, Pansy Division etc). I think insomniac is the best album Green Day will ever make, it captures everything I love about that era of the band and unfortunately gets overlooked a lot of the time. If you haven’t listened to it yet or writing it off coz it’s by ‘Green Day’ or whatever, grow up and get it in your ears!

I am aware that on first listen Power Trip are a perfect example of a modern metal band but I would like to include them in this list as I think they have been a HUGE influence in the cross over of hardcore / metal and played a vital role in introducing hardcore values and ethics into a world of metal that needs to be shaken up and educated big time. I think this was down mainly to Riley Gale their vocalist who had the passion and drive to create that world where the two genres could co-exist perfectly. Riley Gale forever RIP <3

Landscapes are probably my favourite band of the UK ‘MHC’ wave that swept the land a few years back, I think they are criminally underrated and it annoys me that they never blew up as much as I wanted them to haha.

Life Gone Wrong is a perfect example of how that genre should be written and I still spin this a lot!

The Muffs – The Muffs

If you like 90’s – early 2000’s punk / grunge chances are your favourite band have ripped this one off haha if bands the size of green day openly admit that if this record didn’t exist they would not be sure if Dookie would have come out the way it did is a pretty bold statement. It’s full of angsty hooky goodness and Kim Shattuck (RIP) voice is soooooo fucking rad.

5 songs, 8 minutes and there is no give up, I discovered G.L.O.S.S. by chance on bandcamp a few years back and think that everything the band stood for and did was incredible and very important. 0 social media presence but still managed to create a huge impact on the punk and hardcore world before breaking up when being offered a record deal with epitaph records. Look into this band cause they were 100% the real fucking deal.

I would like to personally thank Turnstile for getting my lazy ass out of bed and into running haha, If it wasn’t for them I don’t think I would ever want to do anything physical ever. I slap this record on and could run forever haha, for real though this band are on another level they combine some of the hardest riffs the coolest grooves and vocal performances I have heard in hardcore for a long time and it makes for the coolest listen and an even more enjoyable live show! Just super fun, high energy hardcore!

This was probably my favourite release of the last year, Chubby & The Gang rule, their members have played integral parts within the UK punk and hardcore scene in various ways for years and this accumulation of brains has made such a fucking cool record. I am very excited to get the chance to see them live soon!

Every time I hear the opening few chords to this record I am ready to flip my desk and go nuts haha, I love Ceremony and every incarnation of the band but I think this era for me is the one that I really gravitate towards and always fall back into! It’s angry, fast, unforgiving and lyrically powerful and forward thinking!

Another record I find myself always falling back into is PTSBBAM I love every track on this record and it is probably still my favourite release from Touche. Each song is incredible! I think they were my stand out band from that era of ‘new’ hardcore coming out of america at that time. Don’t get me wrong I love some of the other stuff from around then (Defeater, Pianos Become The Teeth, Tigers Jaw, Title Fight etc) but Touche Amore just stood out to me for whatever reason that may be! I love how much these guys tour and graft, and I love their singer Jeremy’s passion for hardcore / punk and all things music in general. He has such a HUGE record collection and knows a bunch about music. Check out his Label Secret Voice, his podcast & poetry books all great stuff!

Okay I know I was only supposed to have 10 but it has been SO hard can I have some honourable mentions as well haha? 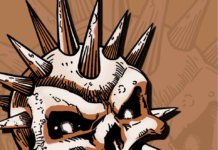 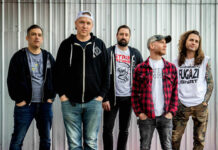 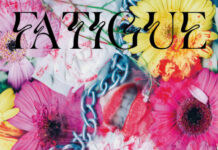 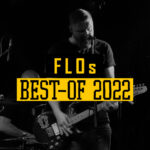 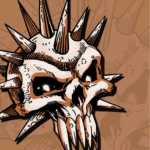