Support your Locals! – 5 Bands to check out from Falco’s Vienna

I’m Damien and I sing in Ill Blood from Vienna. Vienna’s local scene was thriving around 10-15 years ago, AnchorsXup, Nothing Gold Can Stay, Feeding Time, H-Street and Falltime were tearing it up. Then came the long post-Have Heart drought, Demonwomb was going strong but there weren’t too many bands around at the same time. Lately, the scene is slowly coming back and some new bands are releasing great records and playing some awesome shows Dregs, Better Run and Malaise to name a few. But don’t worry, Ill Blood is here to put Vienna back on the map!

A young Straight Edge band featuring members of New Native, Dregs and Bad Ascent. Youth Crew as it should be played! I’ve recorded their 7 Song demo which is available on Spotify and I’m shamelessly going to admit that I really fucking like this Demo!

Even though I’ve been Straight Edge for like 13 years or so, I’ve always had a soft spot for Stoner and Desert Rock. Avalanche combines devilish half time guitar licks to some furious HC grooves. I love their Among Beasts Demo but make sure to check out their new LP called Interstellar Movement.

Stillborn is an outspoken band (no fake Wolf Down crap) with a strong socio-political stance, which is goddamn needed in Austria right now. They have released 3 sick EPs and are working on an LP as we speak. I can’t wait for this record to drop!

After a strong Demo in 2018, they released a sick 5 song EP not too long ago. They are riding that Krimewatch, new Lockin’ Out Records kind of vibe hard! Groovy parts, quality mosh and fierce Vocals. They have been playing all over Europe lately so make sure to catch them when they come to your hometown.

They’re not an active band anymore I know, but Jesus fuck were they good. Can’t blame Eisberg and Ill Blood for stealing half of their band members. I loved their Demo, I love the Cursed EP and don’t get me started on their last self-titled record. I’m still sad about the fact that they didn’t get around to release a full length album. I’m taking that pain to my grave. 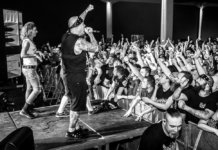 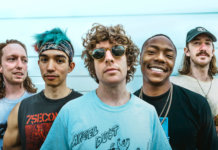 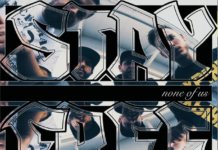 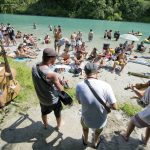 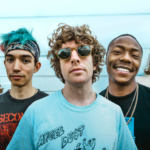