Songpremiere von The Take’s Single King Of The World

AFL: Hi Will, thank you for taking time for the interview. Could you introduce yourself and your new band THE TAKE? Tell us when the band formed and how you came it to know each other. Who plays what instrument in the line-up and what are the future plans?

Will Shepler: Thank you, it’s a pleasure to be interviewed by AWAY FROM LIFE!

I am Will Shepler, former drummer for Agnostic Front, Madball and current drummer for “The Take”, a newly formed 3 piece oi/punk/HC band. Also in “The Take” is Guitarist /Vocalist Scott Roberts (formerly of: Biohazard, Spudmonsters ) and on bass is Carlos Congate (formerly of: 45 Adapters, Urban Noise, Legion76).

Scott and I have been good friends for years, in fact we played together in a band in the late 90’s- early 2000,s. We have always stayed in touch over the years and when he left Biohazard, I called him and asked if he wanted to play in a HC power trio. I was talking with Craig Setari at the time about the project and Scott was the first person I thought of for a guitarist. That was in early 2016 I think. Craig was too busy touring with Sick of It All so Scott and I just started playing together. Later on Scott brought in Carlos to play bass when we knew Craig couldn’t do it.

It would have been too much to play in Madball and Agnostic Front at that point.

AFL: You were the drummer of AGNOSTIC FRONT and MADBALL and released with both bands legendary releases like One Voice (AF) or Set It Off (MADBALL). Do you remember why you left AGNOSTIC FRONT in 1993 and then few years later MADBALL?

Will: Yes, those were great years playing with those guys, they are like family to me. We are still close and keep in touch. Agnostic Front actually broke up briefly in 1993 so myself and Matt Henderson just kept playing with Madball, even when AF got back together. It would have been too much at that point to play in both bands. Plus, I was going back to school at the time studying Architecture. I left Madball in ’96-’97 to finish my degree. It was a difficult decision but I could not do both. I later got married and started a family so music became kind of secondary at that point. However I never stopped playing or going to shows.

I think Vinnie gave Freddy the nickname “Madball” because he was just a ball of energy.

AFL: You were in the founding line-up of MADBALL alongside Freddy, Stigma and Roger Miret. Do you remember how the band came together?

Will: Oh yes. Freddy had a lot of energy when he was a kid and he was a natural HC front man, even at 12 years old. I think Vinnie gave him the nickname “Madball” because he was just a ball of energy. He toured with us a lot (AF) and he would get up on stage at every show and do a couple of songs and just kill it. Roger thought it would be a good outlet for him to have his own band so we recorded the first Madball EP in ’88 ….the rest is history!

AFL: Have you had any other band projects since you left MADBALL? Or is THE TAKE your first band after you’ve left them in the nineties? Have you been otherwise still active in the hardcore-punk scene?

Will: After Madball, I did one tour with Agnostic Front in ’98 filling in for Jimmie Colletti, then in the early 2,000’s I was in a band with Scott Roberts, Alan Robert (Life of Agony) and Rob Brock called Among Thieves. In 2008, I sort of dropped off the map (literally), I moved to Key West, FL. I did some studio work there with local songwriters and I play(ed) in a metal band called “Parrothead Massacre”. I still have a place in NY so I always go back a lot and try to see as many shows as I can and support as many bands as I can. So I have really kept very active musicwise, just not in the spotlight – but I hope to change that with “The Take”.

We are not trying to copy something, we are just playing what is within us already and trying to give it a new voice, a fresh sound. AFL: Let’s come to your new band THE TAKE! I’ve heard your first song The Skins Are Out Tonight a few days ago and I love it! A very catchy streetpunk / Oi! song. Was it clear to you from the start that you would get away from the sound of your previous bands? I mean MADBALL and AGNOSTIC FRONT have always had and still have punk influences in their sound. The song sounds to me very British 80ties influenced. What are the musical influences of THE TAKE?

Will: Thank you, I am glad you like it! I don’t think there was any conscious direction with this band, the songs just flowed. Scott wrote all of the songs and when he would play a riff for me, I knew right away that I could feel the music and it was so natural to play.

We talk about it a lot that the influences are from everything we grew up listening to and were a part of :  oi! / punk/ hardcore / rock’n’roll, that is our roots. It’s in our soul. It’s in our DNA! We are not trying to copy something, we are just playing what is within us already and trying to give it a new voice, a fresh sound.

AFL: Could you give us some more details about your first release? Will it be a full-length, when you will release it and which label will put it out?

Will: We have a full length Album that will be released this year on DRA records (Demons Run Amok) – we don’t know the exact date yet.

AFL: You played often in Europe in the past. Do you have plans to come overseas with THE TAKE in 2019?

Will: Definitely! As soon as the Album is out we will be touring. I think Europe will probably be the first stop because we love playing there, hopefully this summer.

AFL: Will you release videos from the album?

Will: We are filming our first video in February for the song “Elitist”. Renowned filmmaker Drew Stone is the Director, so I am sure it will be a good one – so keep an eye out!

AFL: Here are some tags. What comes you first in mind?

AFL: Will, thank you for the interview! Have you any last words or something to add? 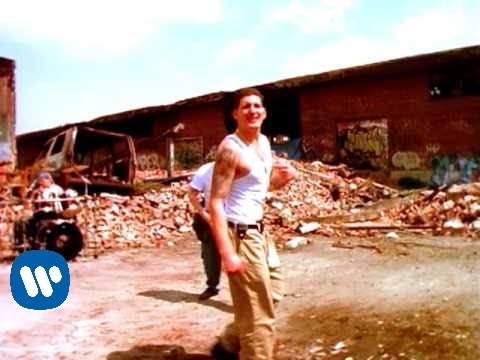 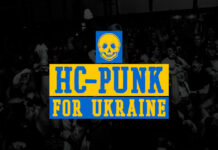 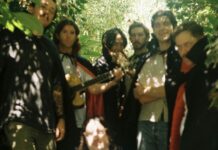 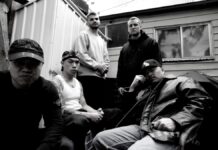 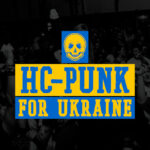 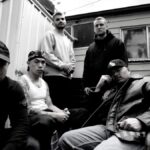