I really don’t remember. I was going to a lot of small local band shows back then. Bands that aren’t around anymore and no one would know who they are anyway. I think the first sort of big one I saw was S.O.D. which is more of a crossover band but that’s what most so called hardcore bands are now anyway. It’s safe to say the club isn’t around anymore.

I’m from Ohio originally so I’d have to say the old Peabody’s Down Under. A club that was basically our CBGB’s back in the day in Cleveland. Everyone played there.

I think it was the first Suicidal Tendencies record. That record changed my life forever and I probably wouldn’t have done all the things in music that I’ve done if I never heard it. Before that I thought punk was safety pins and all that stuff. I didn’t get it. That record made me do a total 180.

Sick of it All, Agnostic Front, Murphy’s Law, Madball, Cro-Mags, Crumbsuckers & Ludichrist all on one stage.

Right now I’m thinking the Black n Blue Bowl that Biohazard played. Even though we had a lot of technical problems, I felt like we killed it at that show and… it was outdoors in Brooklyn. Or possibly the first show I played in the Cro-Mags. There’s been so many great shows all over the world, it’s pretty hard to pick just one.

I missed tons. I was a too young to see all of the early stuff like Fear, Minor Threat, Black Flag, Bad Brains at the height of their intensity and early NYHC bands like Agnostic Front (Victim in Pain era) & the (Age of Quarrel line up) Cro-Mags in NYC. I’d damn near kill to have seen any of that stuff.

It can’t ever happen obviously but Carnivore playing just the Retaliation record.

Maybe D.R.I. Their album Dealing With It is phenomenal to me. I think people write them off as a thrash band and don’t really remember their punk days.

The one sort of new band that I really like is Freedom. Although I’ve heard they broke up, they really got it right to me. 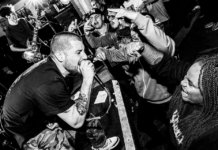 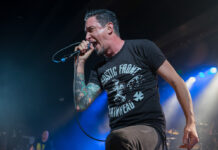 SICK OF IT ALL geben Euro-Tour für Juni 2022 bekannt 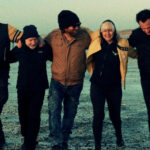