When RATM hit me back in 1992, they hit me hard. I was skateboarding a lot and already quite into hip hop.. but suddenly I realized I had found an aggressiveness in music, I did not know existed. I was in many ways an angry young kid and via the music I could channel some of that anger into what later became one of my most important paths in life: political activism.  It was the simple yet heavy riffs combined with the anger very much present in Zack de la Rochas voice – and his words. This album simply opened my eyes.

Need no introduction. Simply a landmark punk rock album. In many ways The Clash was just so far ahead of everyone else. Just the way they cross so many genre boarders (which inspired bands after them, like Mano Negra and Les Négresses Vertes – great bands too!) – and still keeping it dirty and punk rock. The lyrics are so sharp dealing with race and class struggle (at a time where most people were dancing to disco music and drinking silly looking cocktails). 40+ years down still a highly relevant album.

The second album of these Norwegian heavy metal neo-legends (produced by Kurt Ballou of Converge). It’s just fucking great rock, you know. It’s very simple. Just check the opener Åbenbaring: Layer upon layer upon layer (3 fucking guitars!) – an amazing build-up that just gets me every time. Typical Kvelertak. And what a live band!!

This is maybe the Danish band I listen to the most these days. Im not even entirely sure what it is about them.. I just urge you to listen to ‘Underperformer’. Im sure your brain will melt – just as mine did.. and continue to do. You can call it blackened hardcore or what ever. It’s really not too important. What is important is that Eyes have created an album that you can call a modern classic (and worthy of making it to this list, haha).

Lets go with another Danish band – and bloody awesome album! New Blood was released back in 2009 (and many of us are waiting and waiting for that new album to arrive). If you are into hard, fast and furious HC-punk and you haven’t checked out this 4-piece Copenhagen outfit – you simply have got to get your shit together. I give you: Night Fever.

6Rancid – And Out Come The Wolves

Rancid is in many ways a weird band. In some ways progressive and in other ways the opposite. They made a shit tonne of albums – but few really good ones. One of them is definately this one, if you ask me. I heard it so much as a teenager – it just had to make it to this list.

Kilogram is the brand new album from Copenhagen based Tvivler (which translates to ‘in doubt’ or ‘the one who doubts’). This is the sought of band you won’t find any where else. They have such a unique sound (punk, hardcore and so much more) and a super interesting way of building up their songs. Speaking of unique sound, much of it is attributed to the high pitch aggressive voice of leadsinger Thomas Burø and not least his razor sharp lyrics (in Danish). Im really stoked that my band was invited to play the recent release party for Kilogram alongside above mentioned Eyes – 2 of my absolute favourite bands out there.

The kings of Sweden! This is just so much fun and at the same time bloody brilliant. If you don’t know them – know them. We’re talking an insane melt pot.. some weird mix between krautrock, postpunk and future death disco – what ever that means. Give it a spin for yourself. And check out the brand new single ‘Troglodyte’ too. Im gonna watch them live tonight here in Copenhagen as Im writing these words.

There are not many musicians in my family and the main reason that I ended up spending so much time listening to, creating and touring with music – is because of my mom. I grew up in Christianshavn, Copenhagen and my mom had a big vinyl collection. One musician she played again and again when I was a kid was Jimi Hendrix. Band of Gypsys is a mindblowing amazing album that all children should be forced to listen to in primary school. I mean, just listen to ‘Message To Love’ or ‘Machine Gun’ for that matter. Thank you, mama – I owe you forever.

Another of those albums that just blew my mind when I came across it as a teenager in the 90’s. The recording and production is so rough and somewhat fucked up – and I just love it. My first introduction to ska-punk. Basically all tracks on this classic album rocks! 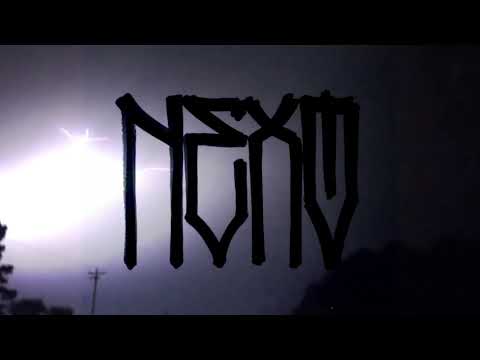 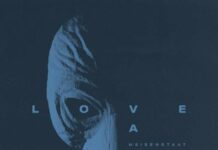 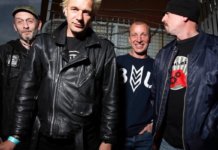 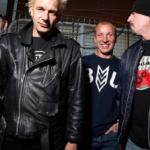