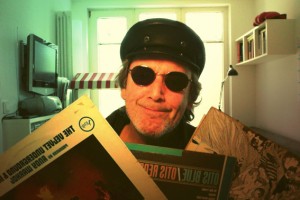 I’ve had countless favourite albums over the years, many of which I rarely play these days. So it’s actually very easy to choose my all time favourites because they are not stashed away on shelves but are generally right there next to my music system. And from that pile, these, in no particular order, are ten albums I’ll never tire of listening to:

Velvet Underground – “Velvet Underground & Nico”
I first heard this album in the early 70s when a friend told me she had been sent an album from New York which was really awful. She added that she only played it to get guests who were hanging around too long to leave. I asked if I could hear it. I loved it and bought it a few days later. This is the record that introduced me to what would become known as punk rock.

Otis Redding – “Otis Blue”
I really got into sixties American soul as a 15-16-year-old and for a while lost interest in the British bands I had grown up with and loved: Beatles, Stones, Small Faces, Kinks, Who etc. I guess I was into black music because it was only seeing Jimi Hendrix doing “Hey Joe” on Top of the Pops that brought me back to rock ‘n’ roll. I still love sixties soul but “Otis Blue” tops everything else. That voice, that energy, a truly rocking band – and all recorded, as far as I can hear, pretty much live in the studio.

The Beatles – “Revolver”
If “Sgt Pepper” opened the floodgates for the late 60s explosion of creative experimentation, it was their previous album “Revolver” that unlocked those gates. In December 1965 The Beatles had released “Rubber Soul”, a fine album with a few signs that the band had new musical ambitions. Having decided that they would no longer do live tours, the band, unrestricted by and unconcerned with how they would perform new songs live, went back into the studio and gave free rein to their creative instincts in startling fashion. Released a mere eight months after “Rubber Soul”, “Revolver” is a revelation – still commercial but also fearlessly inventive, powerful and mind-bogglingly ahead of its time.

Bob Dylan – “Highway 61 Revisited”
I was kind of into Dylan right from his first album, chiefly because of his lyrics, which resonated with me as a snotty, rebellious teenager. But when he hopped off the folk bandwagon and put together an electric band, it was a perfect combination for me – rock ‘n’ roll with something to say. “Highway 61” remains my favourite Dylan album and the opening track, “Like a Rolling Stone”, is probably the best revenge song ever written. It’s so cutting that you actually feel sorry for the person it’s aimed at.

David Bowie – “Hunky Dory”
I had little interest in David Bowie until I saw his Ziggy Stardust gig at the Rainbow in London – and I was only there to see Roxy Music who were supporting him. Roxy were great but Bowie’s show completely blew me away and I was instantly converted. I still think “Ziggy” is a great album but for me “Hunky Dory”, the album that preceded it, is his finest LP.

The pretty Things – “SF Sorrow”
I never heard this when it came out in 1968 but a friend gave me a badly recorded cassette copy complete with vinyl scratches around ’78 and I played it to death. It was recorded at night in Abbey Road studios at the same time as The Beatles were recording the “White Album” (often using instruments the fab four had left lying around such as an early mellotron and George’s sitar). For me this is the best psychedelic album ever. The songs are great and I particularly love the screamy harmony vocals.

Ramones – “Ramones”
Hearing the first Ramones album in 1976 was a life changing moment for me. From the opening track “Blitzkrieg Bop” it sets off at a breakneck pace that never lets up. It was rough and readily recorded in a week and has great tunes that all clock in at under three minutes. Casino and me had already written most of the songs that ended up on the first Boys album but after hearing this album we simply sped our songs up and everything fell into place for us. This album more than any other laid out the blueprint for the British punk explosion.

The Waterboys – “This Is The Sea”
Mike Scott on form is, for me, the nearest thing to being an heir apparent to Dylan. I regularly play most of his albums and this to my mind is his finest. The combination of searing lyrics set against a relentless, pounding piano/guitar driven backdrop on “This Is The Sea” is irresistible to my ears. This is a flawless album that showcases a songwriter at the top of his game.

Carole King – “Tapestry”
Carole King started out as a singer but enjoyed greater success co-writing (with her then husband Gerry Goffin) numerous chart hits for other artists in the 60s while she was rearing their two children. Following her divorce from Goffin, she moved to California and in the early 70s released this album. It’s sparse, understated and should have been a bit too laid back for my then taste. But it’s the sheer simplicity and brilliance of the songs and the way she sings them that keeps drawing me back.

Nirvana – “Unplugged in New York”
To my eyes and ears, from the 60s British invasion onwards, no American rock band had come close to equalling the power and effortlessly cool swagger of their British contemporaries. Until Nirvana came along, that is. As much as I love their full-on albums, “Unplugged in New York” is my clear favourite. Kurt Cobain is in superb form here and the lo-fi nature of the live recording makes his raw, seat-of the-pants vocals simply spine tingling. 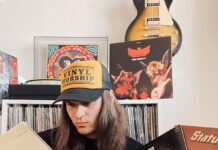 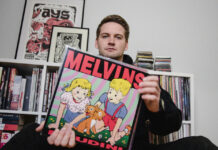 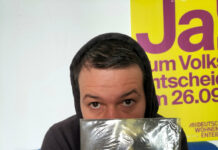 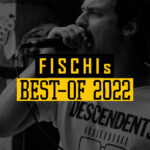 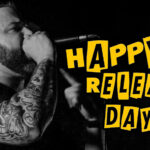