This album was one of the records I listened to on a continuous rotation growing up. Fred Durst had flows that I have never heard before in metal and it really stuck with me through out the years to this day. I was taken back by this album growing up because it was the first rap influenced hard rock band I heard growing up. Until this day it has a huge impact on who I am as a artist and my style. Growing up rap and hip hop was my first love and this helped pave the way.

This was another album stacked full of hip hop influenced jams. Sonny quickly became a huge influence to me. His lyrics and word play are what really got me. There were a number of hits on the album that sucked you in and one you listened to the whole album it was sure to stay in the playlist.

3Sworn Enemy – As Real As It Gets

This was one of the first hardcore albums that I truly loved. The authentic urban feel, aggression, and vocals really sucked me in. They have one of the best vocalist in hardcore and it was like nothing I heard before. It was fast it was heavy and it was addicting.

This is another one of those albums that creates nostalgia. The combination between Mike and Chester was something unheard of in mainstream music. They mastered their craft this cd and it was something I couldn’t fight.

This album holds a special place in my heart. Whenever I want to get motivated this is usually the soundtrack I put in to get the day going. Anthony Martini is my favorite vocalist as he is a master of all trades.

Saying the same as the previous album by E-Town Concrete mentioned Anthony Martini does not fail to deliver this album. I love this album for the unique reason that it touches on so many genres while still having the signature style of the legends E-Town Concrete is.

This album was the single album that really got me into hardcore. The first hardcore album I jammed on the consistent basis. It was something that was hard hitting and real. One of the most violent CDs living up to the album name.

8No Retreat – Pray For Peace

This is one of the albums that got me into beatdown. I was hanging out with a friend and he put this album on. I instantly fell in love. If there was one band I could hop in a time machine and see it would be No Retreat.

When talking about beatdown you have to give respect where it was due. I feel this album is one of the founding albums of the genre that everyone should know in hardcore. It doesn’t get harder than this release.

This album I grew up listening to because it was my fathers favorite artist. Ronnie James Dio is definitely one of the best vocalist in music of all time. He paved the way for so many and will truly never be forgotten. 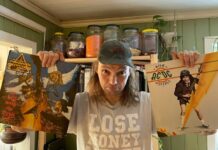 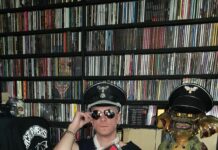 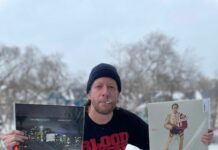